Success story of the NSU?

Ten years ago, on November 4th 2011, Nazi-terrorists Uwe Mundlos and Uwe Böhnhardt shot themselves after a failed bank robbery. At the same time, Beate Zschäpe torched the trio’s apartment, strayed through the land for days and finally turned herself in to the police. Several years of murdering have been made possible thanks to a broadly based network of supporters, many of whom have not been held accountable for their actions up to this day. The self-exposure of the NSU did not happen by chance: years of obscuring, downplaying and supporting of right-wing structures helped the NSU to flourish. In 2006 already, members of migrant communities in Kassel and Dortmund were demanding during mass demonstrations: “9 victims – we don’t want another one. Stop the murderers!”. Nevertheless, law enforcement, the media as well as society were focusing on victim-blaming and harassing the relatives of survivors. The radical left also hadn’t have much opposition to offer and it failed to identify the racist motives as well. 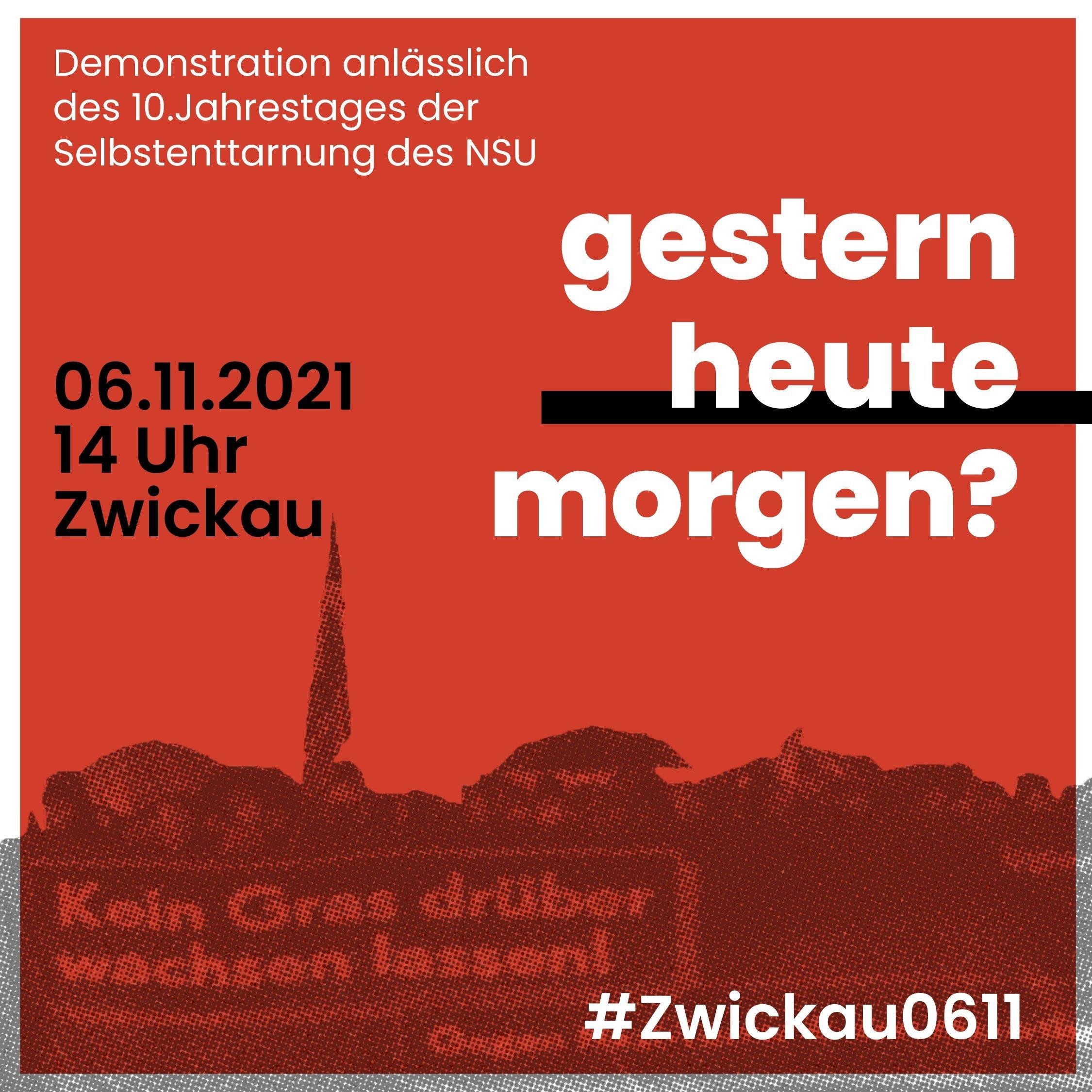 The Oktoberfest assassination in Munich, the antisemitic double murder of Erlangen, the racist arson attack in Halskestraße in Hamburg, the pogroms of Rostock-Lichtenhagen, Mannheim-Schönau and Hoyerswerda, as well as the racist arson attacks in Mölln, Sollingen and Lübeck are part of a history of right-wing terror and of a continuity of suppression. The NSU terror is part of a long tradition and it can’t be understood without taking this tradition into account. Such events as the racist mobilization after the turnaround in the early 1990s, the strengthening of right-wing structures in Eastern as well as in Western Germany and the lack of criminal prosecution against right-wing violence during the same time period conveyed a feeling of security for racist perpetrators. They were able to act under the impression that they were executing the people’s will in a legitimate manner. Right-wing terrorism has been part of a normal state in Germany for years and it is closely intertwined with German history since 1945. It has shown itself extra clearly during the past years: Hanau in 2020, Halle in 2019, the murder of Walter Lübcke in 2019, the attack on the OEZ in Munich in 2016 as well as several hundreds of casualties due to right-wing violence since 1990 – these are dramatic consequences of a racist normal state. We can expand this list by the NSU 2.0, the Freital group together with almost daily reports about right-wing terrorist groups that are revealed in the police and the military. The continuity of right-wing terrorism in Germany also shows an ongoing interaction between security services and right-wing networks. Additionally, there’s right-wing structures in the making in Zwickau at the moment, which contain a high risk potential. The question that arises is: how long will it take before yet another case of right-wing terrorism will come out in the open in Zwickau or elsewhere?

Zwickau – city of oblivion and a habitat for right-wing terrorists

The members of the NSU were well-integrated in Zwickau and they were able to pass undetected here for years, planing and carrying out their murders. But it is the city of Zwickau that is opposing a resolute clearance of the crimes as well as refusing to take into account it’s own role regarding the NSU. A dignified form of commemoration has to mark the continuity of right-wing terror and violence and to draw the consequences. Claims of civil rights groups and antifascist activists for a documentation center were blocked by the city administration, the generation of a half-time job, aimed to review the past events was refused by the administrative board. And yet, members of the NSU’s support network are still living in Zwickau or nearby, as for example Andre Eminger. Commemoration events don’t take place in Zwickau, apart from events organized by small activist groups. The main aim seems to be to forget about the NSU stigma and to wipe it from the city’s cosmopolitan image.

A “full solving” of right-wing acts of terror – in Zwickau or elsewhere in Germany – can’t be expected on the part of authorities or the state. We have to take action. Why do we take to the street on November 6th? Because we want to live in a society that doesn’t let neo-Nazis get away with murder. We want to remember and we want to be reminiscent of what has happened, of what is concealed. We want to remember the causes and effects of this kind of terrorism. The NSU crimes must not be forgotten. The people murdered must not be forgotten. We call for the people in Zwickau to be concerned with the continuity of right-wing terror in their close environment. This city’s only visible act of remembrance has been a tree for the murder victims – which was sawed down by neo-Nazis. This city should spare no effort to finally establish and to maintain a vivid and continuous culture of remembrance. We demand that relatives of those murdered as well as people affected by racism are finally perceived as “main witnesses of the events” – and not as background actors. We call for the city of Zwickau to already deal with its consistent neo-Nazi problem. Right-wing structures that have a long tradition here and in this region have to be labeled as such and they have to be opposed. They must not be ignored or even integrated. On this occasion: Perpetrators of tomorrow must not be formed in right-wing-terror-friendly habitats neither in Zwickau nor elsewhere.

We also demand a full solving of the whole set of issues concerning the NSU! To successfully combat right-wing terrorism it is crucial to fully identify the social environment of the NSU and to smash right-wing networks that are still active.